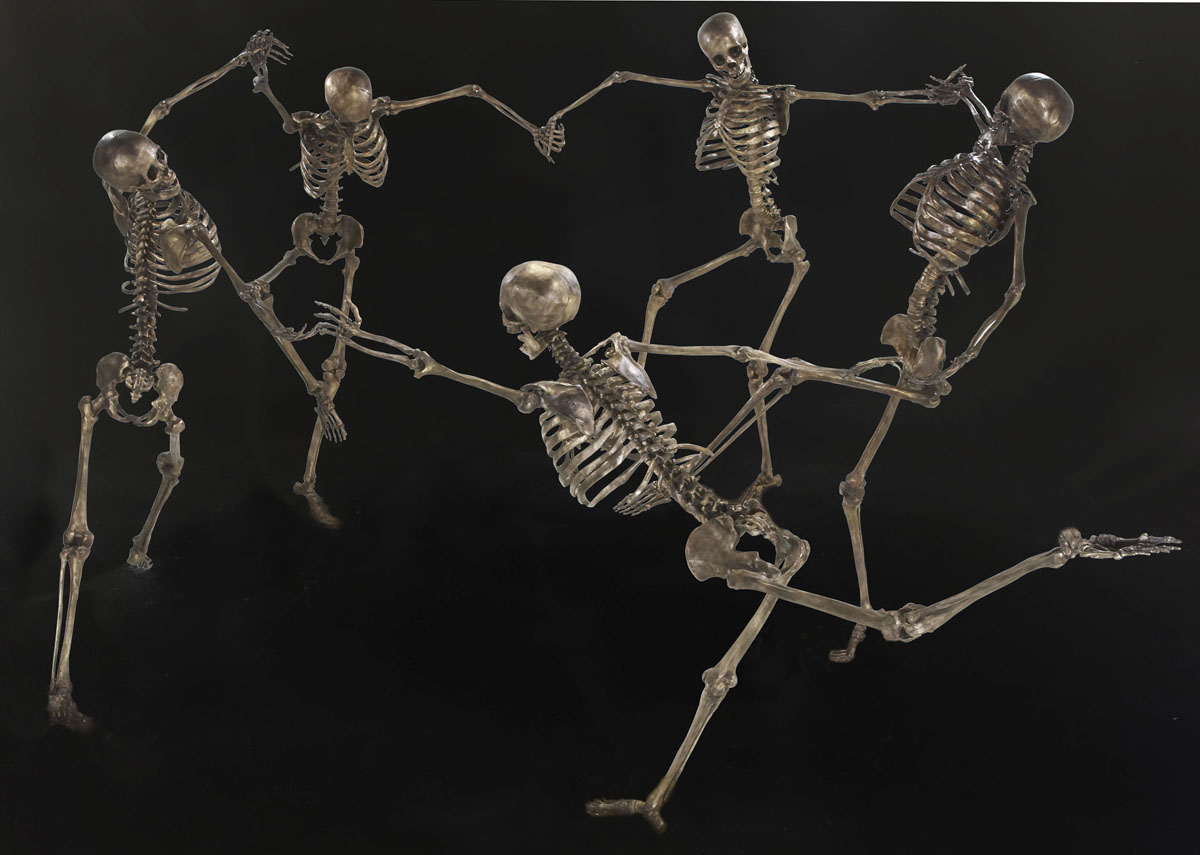 Homage To Matisse ‘The Dance’

Wilfred Pritchard is a sculptor that has a very eclectic approach to artwork, his work looks at the witty, macabre and the controversial. He has produced a number of works that has seen skeletons in bizarre, humorous and iconic situations. His bronze works are well crafted and beautiful, the use of the skeleton in bronze is representational of the contrast between strong and fragile which when represented as a skeleton figure in a witty balance over a gymnastics box presents a finished piece that is both funny and clever. His use of wit is cleverly portrayed and gives the audience a sense of disbelief and befuddlement as such a traditional medium has been used in a traditional manner to create something with humour at its core.

Pritchard also works by sourcing animal and bird skeletons and placing them in humorous situations where photography often intervenes. By juxtaposing the skeletons into situations whereby the humour may be projected by the clever use of composition and props or location it creates a witty piece of work that the audience can’t help but enjoy. 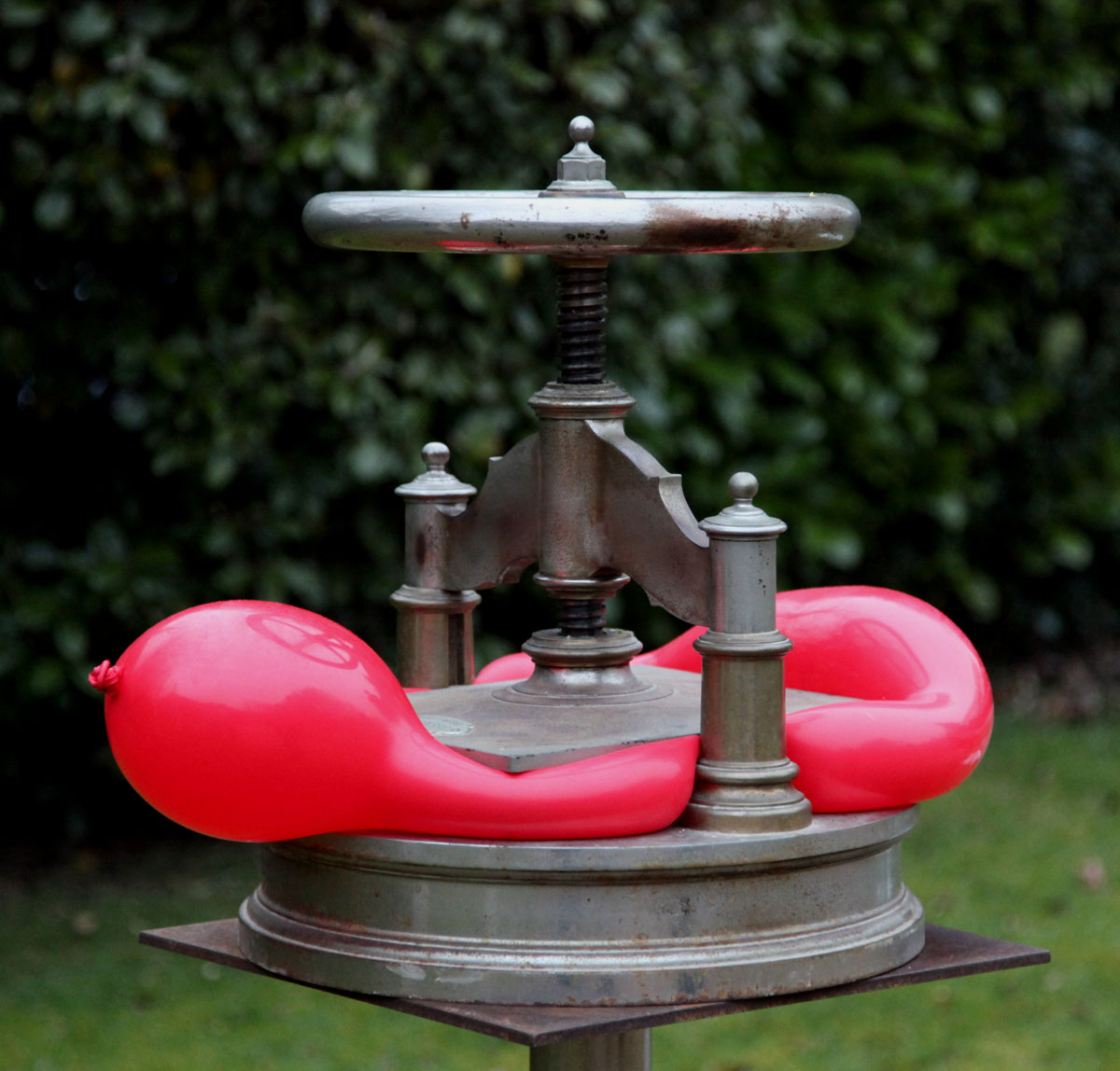