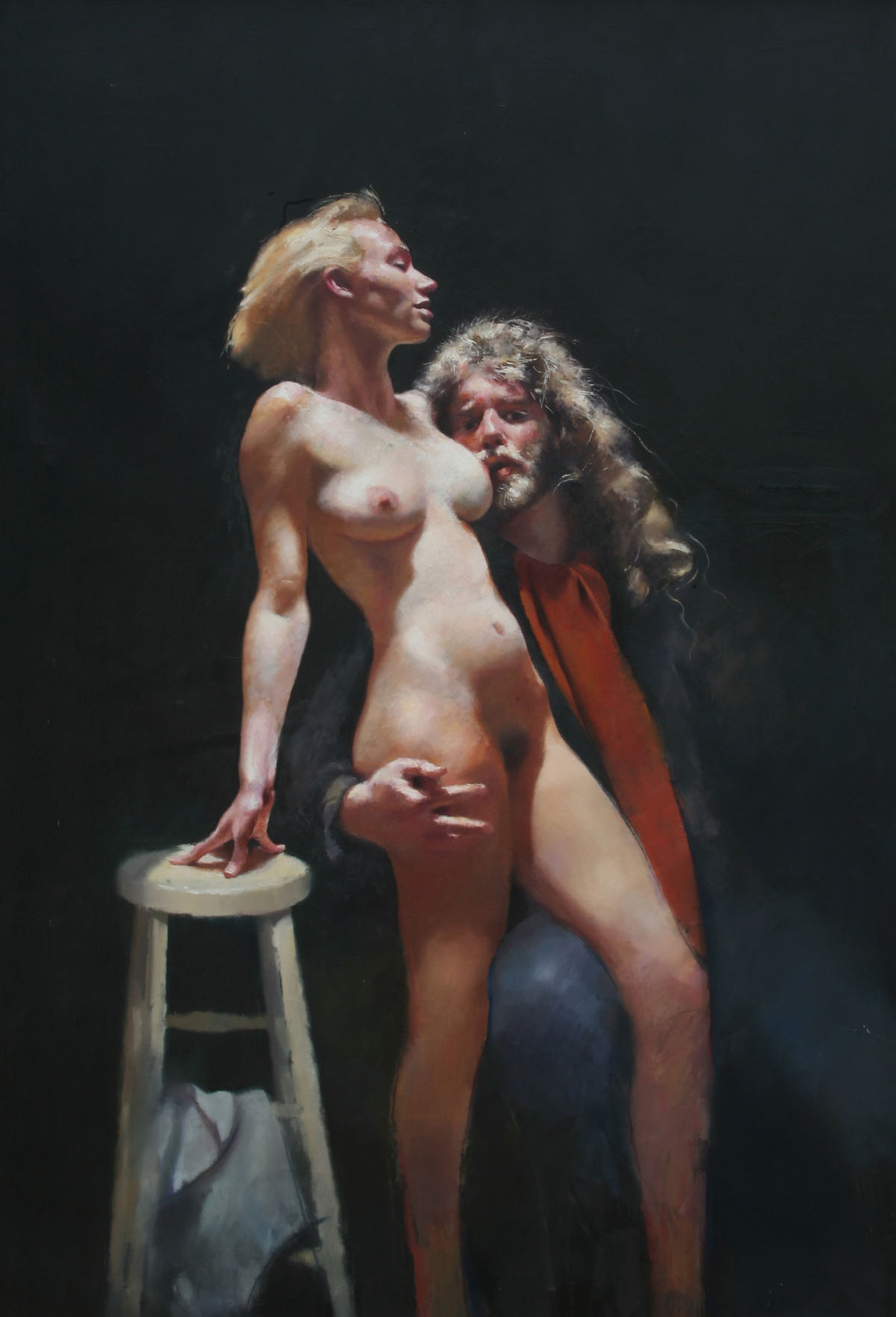 Just like many things in his life, Lenkiewicz adopted a unique position towards his own paintings. At an early age he made a conscious decision to subjugate his skill to a greater service: to become a “presenter of information” or a “sociological enquirer”, as he usually termed it. By this he meant to reveal the plain fact of a person or thing. For Lenkiewicz, the act of painting was a profoundly moving experience. “To paint oneself is to paint a portrait of someone who is going to die,” Lenkiewicz would often remark when asked about his many self-portraits. “And the same applies if one paints anybody else.” His main aim was to capture the transient and haunting qualities of his subject. He recognised the limitations of art and considered it second best to the mystery of his subject’s sheer existence.

Lenkiewicz will be remembered as a genuine outsider and radical, consciously at odds with current thinking on ethical and artistic issues. He cared less about the opinion of the art critic than that of the man-in-the-street. His art is generous in its ability to communicate with ordinary people, who are little interested in the more esoteric world of contemporary art; it is democratic and humane but never sentimental. Above all, his paintings reveal people for what they are without moral judgement. If the task of the artist is to show what it was to be alive in a certain time and in a certain place, then the qualities of Robert Lenkiewicz’s work will increasingly become clear to future generations.

His use of colour and very obvious brush strokes is signature to this specific style of painting, his quick working creates a blurred softness within the images which suggests a sense of empathy for the subject but can be seen as a narrative of their social unimportance; while the later strokes of colour to highlight the hair of the subject which is normally self-portraiture makes his presence within the painting more substantial and causes viewers to focus on him whilst being faced with where he has painted his attentions. 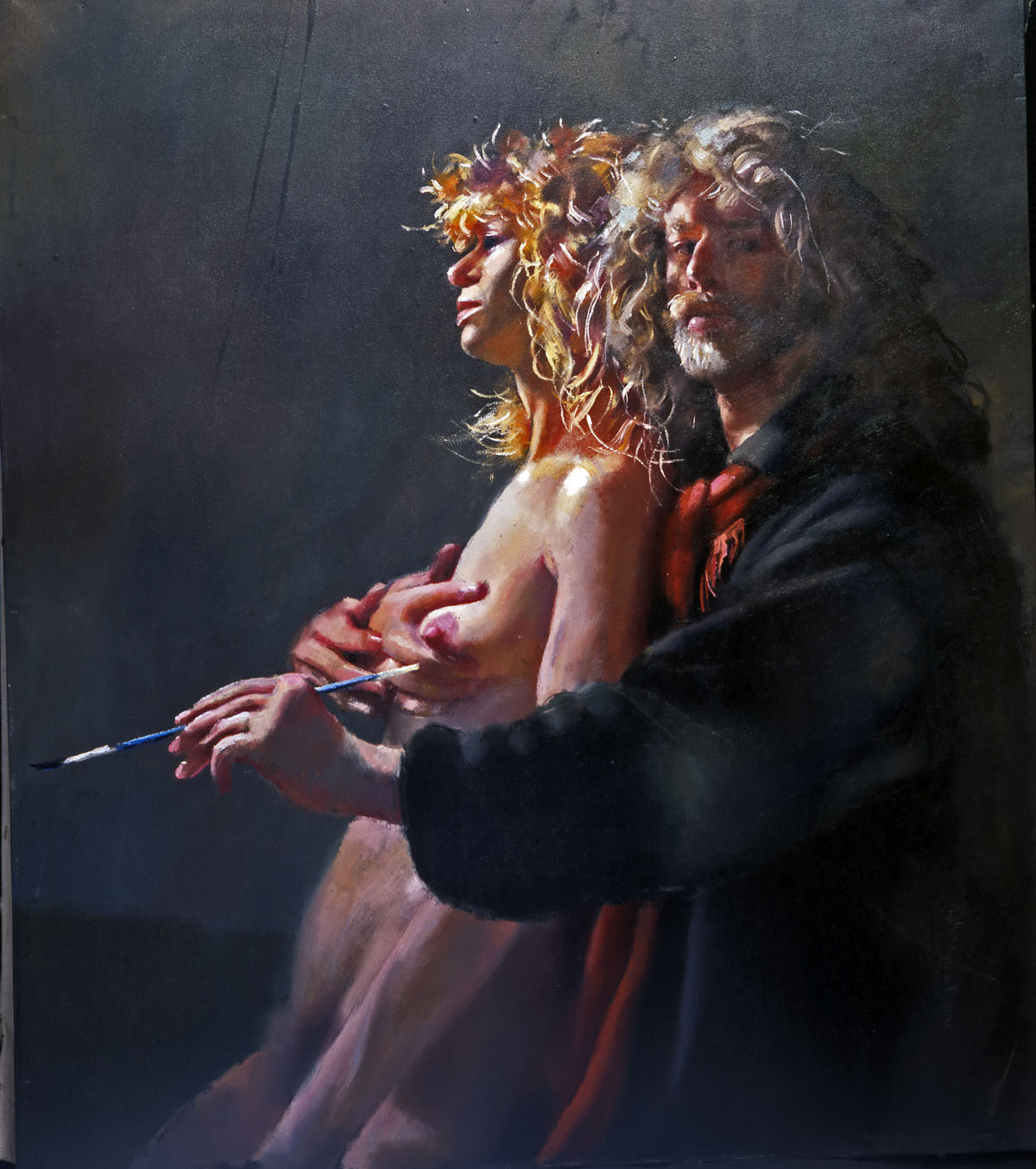 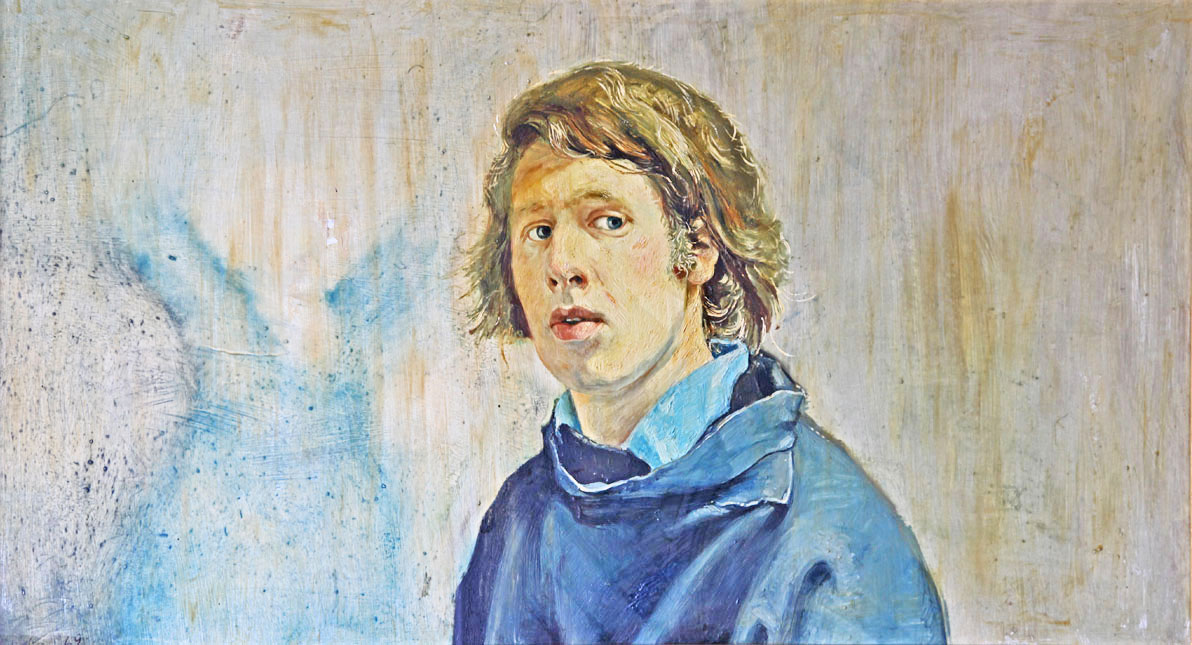